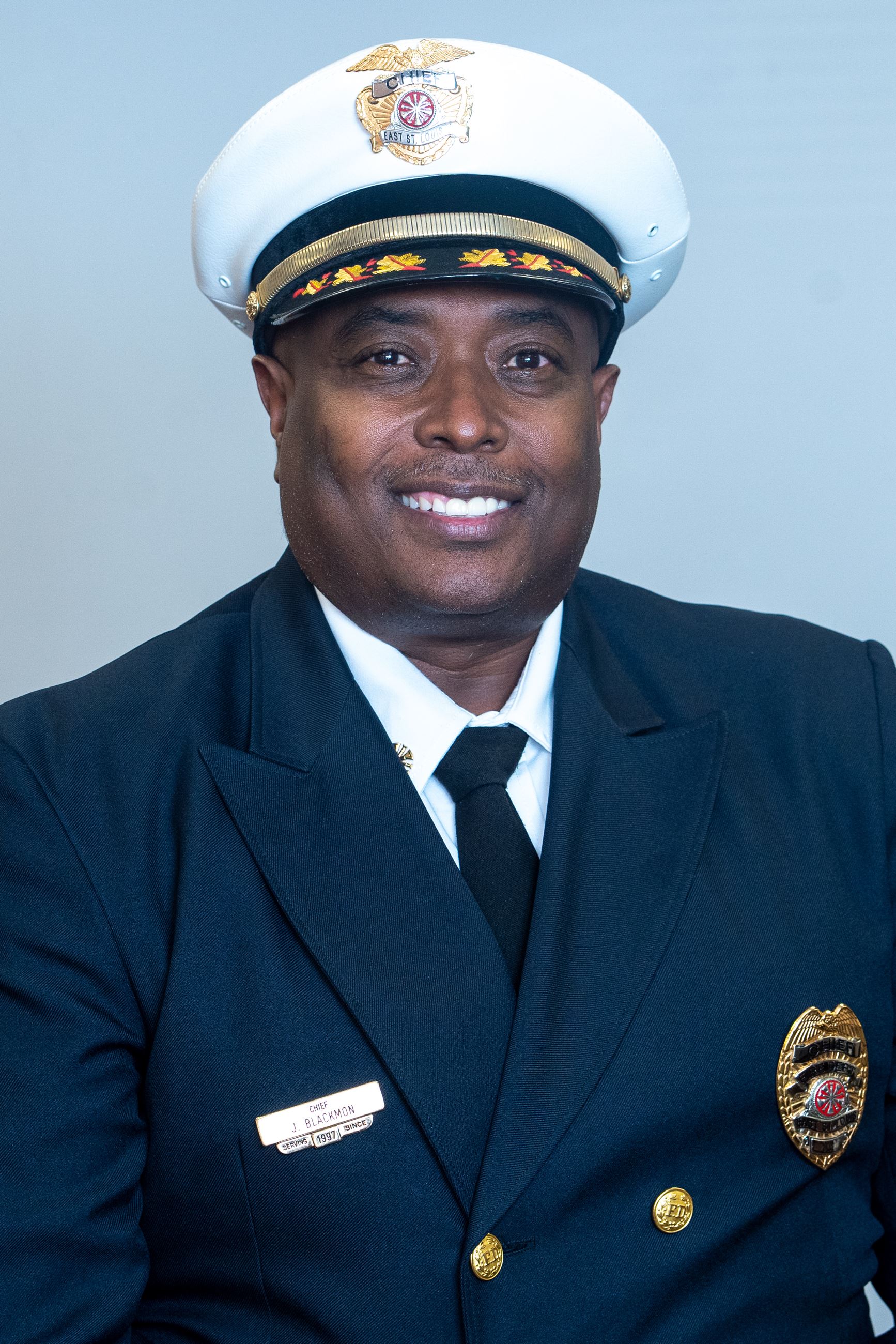 Chief Jason Blackmon is a 24-year veteran of the East St. Louis Fire Department and has served in his current position since 2010. In addition, Chief Blackmon also holds a Bachelor of Arts degree in Public Health from Western Illinois University. During his tenure, Blackmon has secured a $3.3 million grant from SAFER, three Small Equipment grants from the State of Illinois, several grants from the Illinois American Water company, purchased a 100-foot ladder truck and several pumpers for the city.